Many people prefer dark theme for computer displays. It actually enhances the visual ergonomics by reducing eye strain and providing comfort of use at all conditions.Another important benefit, it conserves battery power, there by enabling device to run longer period of time.

Now, let us take a look at the fact that dark theme can be applied to SSMS and how do we do and what are implications.

Writing this blog, I am using SSMS 18.2 version, the latest by now. In future, the facts may change if MS decided to make a change.

Do we have Dark theme by default available in SSMS 18.2?

The answer is NO. We do not have an option to change the SSMS into a dark theme by default.However, it provides a way for us to change to “Blue”, “Blue (Extra Contrast)” and “Light” as below. 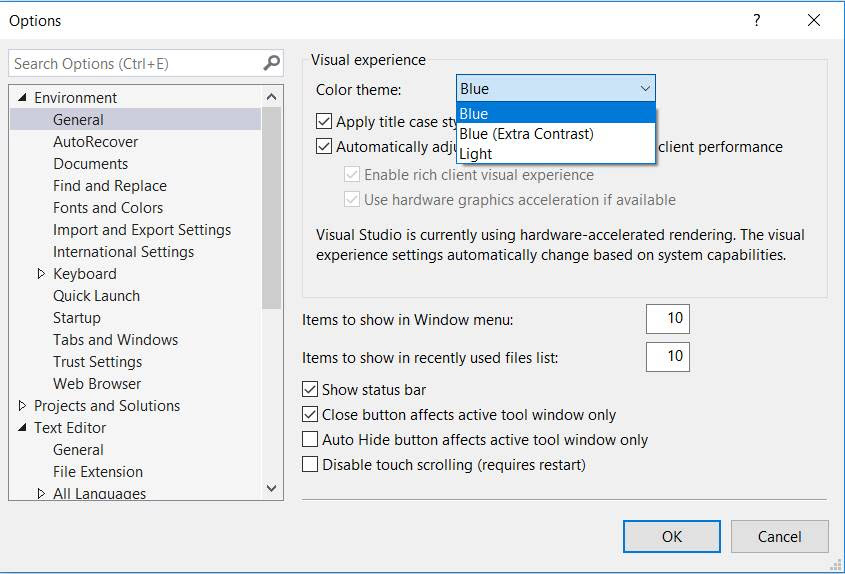 How do we make SSMS in Dark theme?

There are two ways from my analysis:

The challenge here is to customize each and every items from the list and provide the color combinations. Honestly, this is something very challenging for me to identify the better combinations. There is a blog written by Aaron Betrand on the same, and its really helpful for the basic settings.

There is a file called ssms.pkgundef in the path – “Program Files (x86)\Microsoft SQL Server Management Studio 18\Common7\IDE“. This file is where you will place registry entries that are to be removed during setup of your application. If you look at the content of this files, you can see the below code:

The above code, actually removes the dark options from SSMS while setting up of SSMS. To enable dark theme for SSMS, you can simply comment the code as below and it will give the option of “Dark” in Tool -> Option -> General -> Color Theme as below.

Please be aware, this is a hack or undocumented way of changing SSMS config files. It may or may not work and its not supported by Microsoft. This may be made unavailable or documented because this may not be interoperable with other Windows display settings. So please be use this as an option at your own risk.

Here is a script to purge the Load test data from your load runner database. This would be handy at times like running of disk space or performance issues related to load runner etc.

This way, even if you want to query it multiple times for different reasons, you can query the cache dump table instead of cached plan tables.

–Generate the snapshot with the required fields

–Query the row data to identify scans on your SQL Server

The caveat is the above results are based on the data available at the point in time in the cache. There may be sceanrios these data gets flushed, so the data should be collected and analysed in a regular way that means, its not a one time activity.

Whats the significance of XACT_ABORT in SQL Server?

On a run time error scenario, XACT_ABORT On settings will terminate and rollback the entire transaction. XACT_ABORT does not have any significance on compile or parse time exceptions.

How do we set up XACT_ABORT in SQL Server?

A simple and common method is to set using T-SQL as below:

Another option is at Database Engine level as below:

You can refer more about this here.

We can always understand the current setting of XACT_ABORT as below:

Whats the scope if XACT_ABORT?

As mentioned earlier, by default XACT_ABORT is OFF by default and if there are any issue in one of transaction of a batch, the transaction alone gets failed as below:

There is no difference even with XACT_ABORT ON in similar case as below:

However, There is a difference in XACT_ABORT when its applied with a transaction. If there are any issue in a batch, the entire batch gets terminated as below:(please note, there is no explicit rollback applied in the example, still no transactions are committed.)

Finally, How to preserve XACT_ABORT state in SQL Server?

Sometimes, preserving the XACT_ABORT is a requirement for many of us. As we discussed, we can use @@options and a bit operation with the corresponding user options value to preserve the value. Here is a small example, how can this be achieved as below:

Recently, we have an issue, FULL TEXT search was not working with CONTIANSTABLE. My friend was searching for a word in a document where the table is enabled with FULL TEXT feature, however the search was not bringing any records.

My first thought was there could be a missing join condition that could not get the results. The actual query in the issue was really a big one with lots of tables and filters involved.So the first thing that we did remove all joins or conditions and see if CONTAINSTABLE works good, but that attempt was also failing. It was a clear indication that there is something wrong that it could not return results at FULL TEXT functionality.

For everyone to understand better, Let us go through a sample script to replicate the issue:

1. Create a table for our example

2. Load some data into Table – We uploaded the same file in question which is a .xlsx type

Msg 7601, Level 16, State 2, Line 2
Cannot use a CONTAINS or FREETEXT predicate on table or indexed view ‘DocumentTable’ because it is not full-text indexed.

5. While executing the query, it is observed again no data returned

Further, we decided to check the document and its content for the search word manually and found the word was present and the document was also the same “.xlsx”. It is to be noted that we saved the data in an IMAGE datatype as shown in the example. With that information, we wanted to know the supporting file types in our full text enabled table with the below query.

The above query was not returning the document type – “.xlsx” and it clearly indicated that the reason why the document could not search the word as the document type was a non-supporting one. [DOCUMENTTABLE] is a table that enabled FULL TEXT and the datatype of the field “[DOCUMENT_CONTENT]” was IMAGE. Then, my analysis took me a very important information that if we need to index a document type for which a pre-installed iFilter does not exists at OS level, we need to install the appropriate iFilter in the OS and then load those into SQL Server for a successful search functionality.

How to install the iFilter and Load into SQL Server

1. Download the iFilter , the below supports a wide range of document types

(Please note that MSmight retire the above as latest version is released, you may need to check for the latest.)

The following file types are supported by the Office 2010 Filter Pack:

3. Load the installed OS resources to SQL Server as below.

Once the above steps are completed, we were able to query the word and the results were returned as expected.

Hope this helps you in a similar situation and it was a good lesson learned to me!

References:
How to register iFilters

Recently, one of my colleague has encountered an issue an error while adding a database to availability group as below:

Error Message:
“The database is encrypted by database master key, you need to provide valid password when adding to the availability group.”

One observation is that this is recently added as a validation in SQL Server 2016 version. Earlier version, you would be able to add seamlessly.

There are two solutions to add these databases into AG:

1. Use T-SQL to add the database into AG

2. Provide the password and use GUI with few extra steps

In GUI, this is not so clear for the user that the password can be provided directly and configure AG.

This post has nothing to do with SQL Server, but sharing my experiences at Toulouse in France.

I stayed near by Blagnac airport, Fasthotel, a decent hotel with all amenities and a clam place to live. And another reason, the hotel is just behind my office!!!

It was an official visit to Toulouse for 2 weeks from 12th May 2019 to 25th May 2019. As this was my first visit, I was really excited. At this point, I need to mention about one of my colleague – Pascal Benguigui . He was right there at Toulouse airport waiting for my arrival, have to say a big thanks to him!

1. The French start their day with a warm greet – “bonjour” with a hand shake!

2. People are “Working to Live” unlike “Living to Work” 🙂 – Really appreciate the commitment towards the work during office time and family during the rest!

Another person – Alexis Molteni, I have to mention about him as a most kind and down earth, a perfect gentle man! We three had really really good time. We have been there out almost every day visiting many places like Spanish Tapas “Las Tapas Locas“, Lebanian restaurants, “Capitole de Toulouse” , “Castle Carcassonne” and long walks at nights in the street of Toulouse and many… They really made me feel like I am part of them.

I am really missing these two guys while writing this blog, keeping a good faith that we will meet on another day soon. until then Thank you Pascal and Alexis…

We have a lunch team of 7 people including me and all were trying to find a better food for me by trying different dishes and even different restaurants everyday. Thanks to everyone accommodating me as part of your lunch family!!! 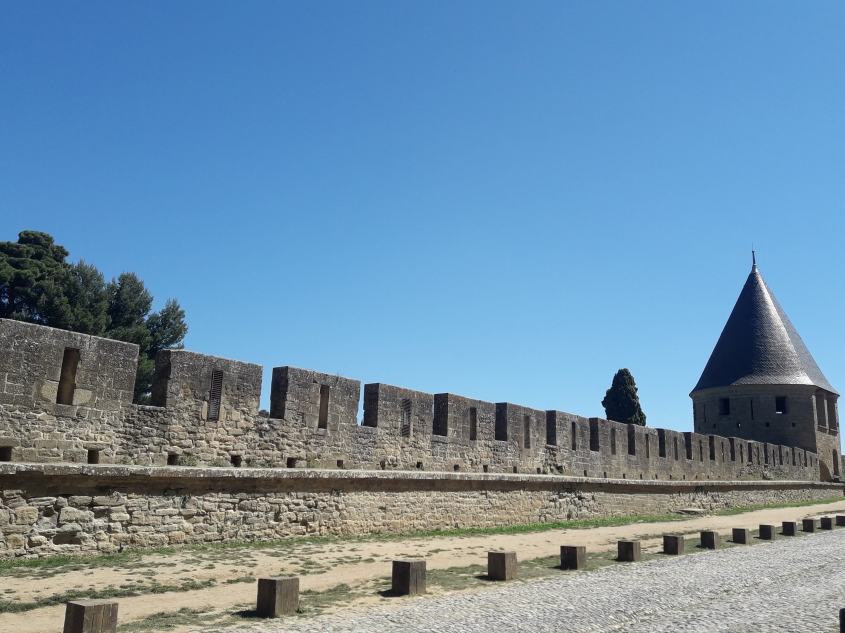 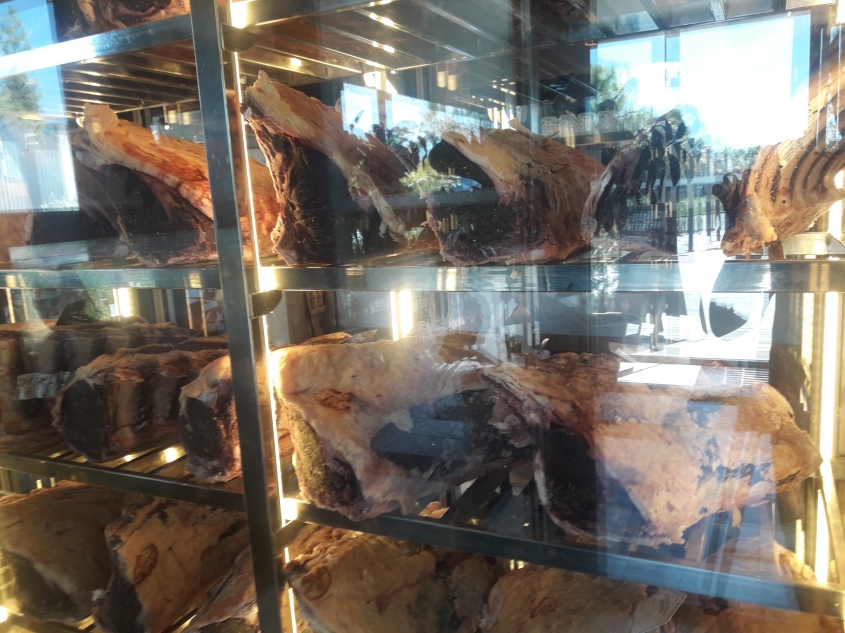 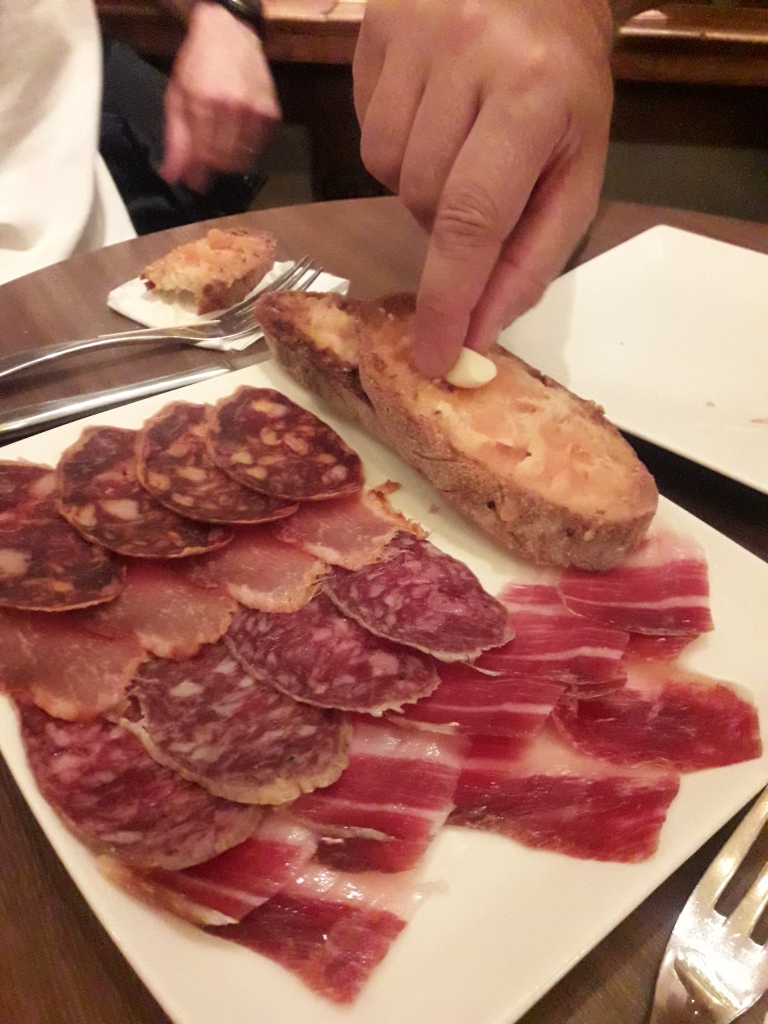 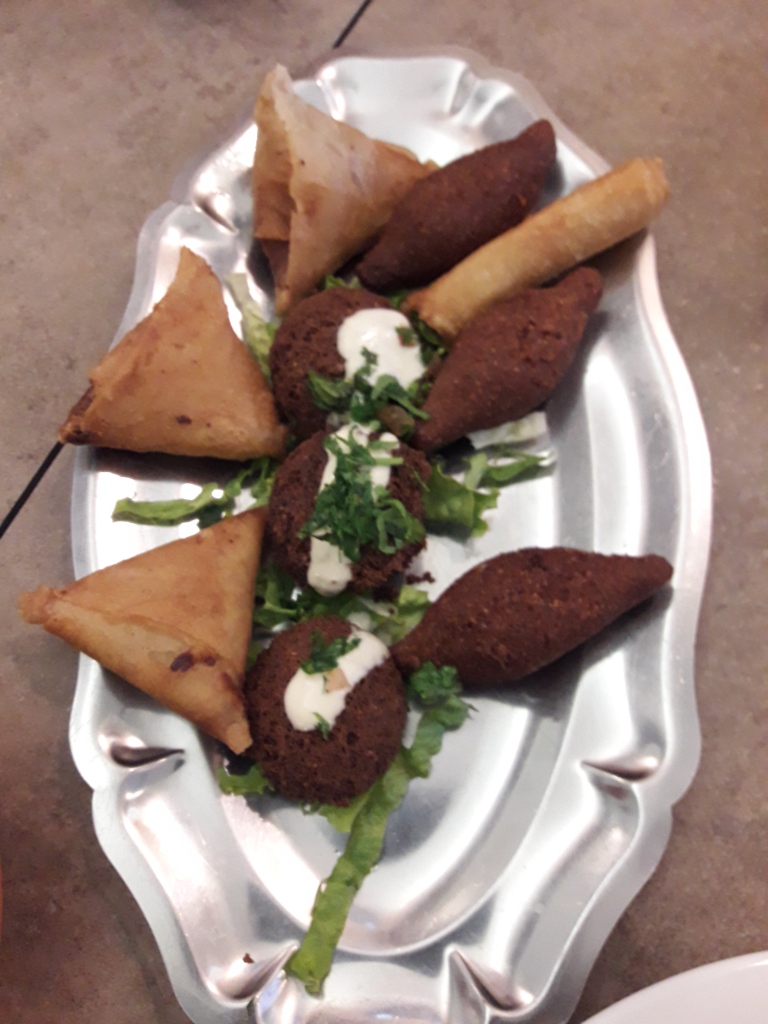 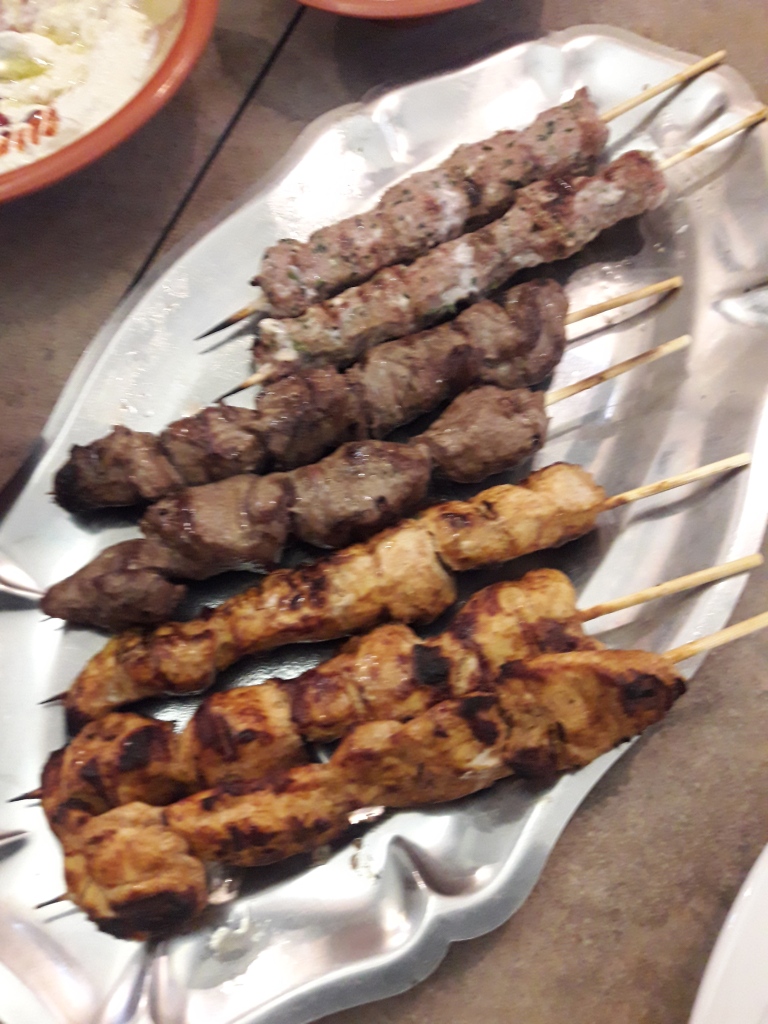